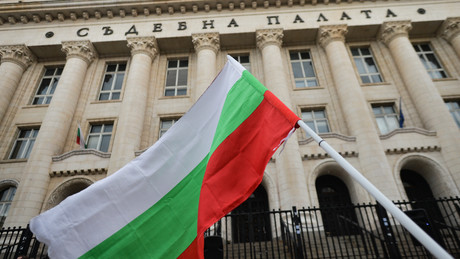 After Sofia declared 70 employees of Russian diplomatic missions persona non grata and limited the number of her diplomatic, administrative and technical staff, Moscow has now decided to expel 14 Bulgarian diplomats.

Russia expels 14 Bulgarian diplomats. The decision was made in response to a corresponding decision by Bulgaria, according to the Russian Foreign Ministry. Previously, 70 employees of Russian diplomatic missions had been declared persona non grata and the number of Russian diplomatic, administrative and technical personnel in Bulgaria had been restricted. In addition, Sofia temporarily closed the Russian Consulate General in the city of Ruse.

These decisions are “unfounded,” the Russian Foreign Ministry said. Such actions not only “damage traditional relations” between Russia and Bulgaria and “violate the rights of compatriots” who thereby lose access to consular services, but they also show “a further deterioration of the collective West, which is ready to protect the interests of of partners just to harm Russia,” the ministry said.

The Russian Foreign Ministry added that responsibility for the consequences of these actions lies with the Bulgarian government headed by Kiril Petkov. In the Explanation is it[called:

“We are convinced that the unfriendly steps towards Russia have nothing to do with the national interests of Bulgaria and its people.”

At the end of June, Bulgaria announced the expulsion of the Russian embassy staff. According to the resigning Bulgarian Prime Minister Petkov, most of those expelled worked for the security services and the diplomatic activity was only a pretext. He emphasized that the decision was “in no way motivated by aggression against the Russian people” but by combating “interference of foreign governments in Bulgaria’s internal affairs”.

After these actions, the Russian Ambassador to Bulgaria, Eleonora Mitrofanova, declared the severing of diplomatic relations with Sofia and announced that she would ask the Russian Foreign Ministry to also close the embassy there. The decision on this will be made by Russian Foreign Minister Sergei Lavrov, who has already stated that the embassy “cannot operate normally” due to the Bulgarian measures. For its part, the EU considers Russia’s threat to close its diplomatic mission in Sofia to be unfounded.