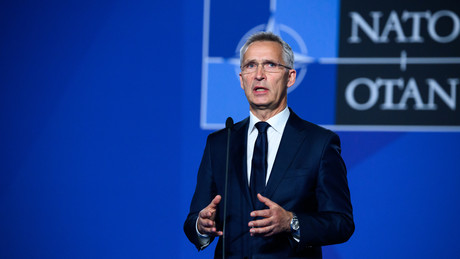 As NATO Secretary General Jens Stoltenberg explained on Thursday, the military alliance is pursuing two main goals in the Ukraine conflict. Avoiding a “full-scale war” with Russia is one of the top priorities.

One of NATO’s main goals in the Ukraine conflict is to prevent a “full-blown war” with Russia, Alliance Secretary General Jens Stoltenberg said on Thursday. In a speech in Norway he stated:

“In this conflict, NATO has two tasks: to support Ukraine and to prevent the war from escalating into a full-fledged war between NATO and Russia.”

The head of the military bloc called the conflict between Russia and Ukraine “the most dangerous situation in Europe since World War II,” adding that Moscow must not be allowed to win. And further:

“If Russia wins the war, Putin will be convinced that violence works. Then other neighboring countries could be next.”

Since the start of the Russian military operation on February 24, Ukraine has received increasing amounts of military aid from NATO countries, now in the billions, which Moscow has repeatedly criticized. In July, Russian Foreign Minister Sergei Lavrov said in an interview with RT that Ukraine is being “pumped full” of Western military hardware and, moreover, “being forced to use these weapons in increasingly risky ways”, preventing Kyiv from taking “constructive steps”.

In his speech on Thursday, Stoltenberg claimed that Putin ultimately missed his goals because instead of NATO reducing its presence in Eastern Europe and slowing its expansion, the upcoming accession of Sweden and Finland has made the alliance “stronger and more consolidated”.

Strengthening the defense forces on NATO’s eastern flank is crucial to prevent a Russian victory in Ukraine, the Secretary General stressed. Nevertheless, he reiterated that the alliance is “not a party to the conflict” and will not send troops to Ukraine. In an earlier interview with Norwegian public broadcaster NRK, the NATO chief pointed out that the alliance was under no obligation to intervene in the conflict as Ukraine was not a member state. He said:

Before the operation began, Russia repeatedly stated that it viewed NATO’s eastward expansion as a threat to its national security. In December 2021, Moscow demanded legal guarantees from the US and the alliance that NATO would stop expanding and not deploy weapons systems that could penetrate deep into Russian territory. However, NATO ignored this and replied that it was up to its members and candidate countries to decide whether or not to join the alliance.