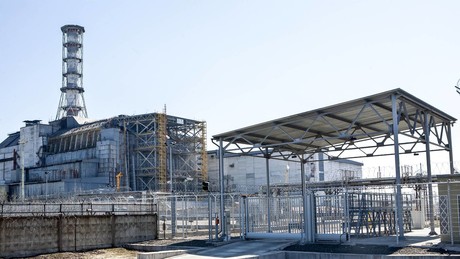 Moscow has accused Kyiv of shelling Europe’s largest nuclear power plant with artillery. Residents are demanding a protection zone around the occupied nuclear power plant. It was brought under Russian control in late February but continues to be operated by Ukrainian personnel.

Russia has urged the United Nations and the International Atomic Energy Agency (IAEA) to get Ukraine to stop shelling Europe’s largest nuclear power plant. Moscow has accused Ukrainian troops of firing artillery shells at the Zaporozhskaya nuclear power plant in the southern Zaporizhia region last Friday. The plant was captured and secured by Russian forces in late February as Moscow began its special military operation in the neighboring country. The facility continues to operate with Ukrainian staff but under Russian supervision.

Igor Vishnevetsky, a senior arms control and nuclear non-proliferation official at the Russian Foreign Ministry, warned that the shelling of the facility could trigger an event similar to the 1986 Chernobyl nuclear disaster.

“We appeal to international organizations, in particular to the UN and the IAEA, as well as to those countries that have an influence on the Kiev regime, to take action so that the shelling of the nuclear power plant stops immediately.”

According to the Russian Defense Ministry, parts of the facilities at the facility are out of order due to the shelling. A fire also broke out in the facility, but was quickly extinguished. The ministry also stressed that the Ukrainian shells “just by sheer luck” did not cause a major fire and thus a possible nuclear catastrophe. The ministry also said that Ukrainian troops also shelled the neighboring town of Energodar, causing power outages and interruptions in water supplies. The ministry called on the international community to condemn Ukraine for “acts of nuclear terrorism”.

Ukrainian President Vladimir Zelenskiy, meanwhile, claimed that the shelling of the facility came from Russian troops. “This is not only another reason why Russia should be recognized as a state sponsor of terrorism, but also a reason to impose tough sanctions on the entire Russian nuclear industry,” Zelensky said on Friday. US Secretary of State Antony Blinken and Ukrainian officials also accused Russia of using the facility as a “shield” for its soldiers.

“Russia is now using this facility as a military base from which to shell the Ukrainians, knowing that they cannot and will not fire back because they could accidentally hit a reactor or high-level radioactive waste in the camp,”

Blinken said Monday ahead of a UN conference on nuclear non-proliferation in New York. The Russian delegation at the conference released a statement rejecting Blinken’s claim. “The actions of our armed forces in no way harm Ukraine’s nuclear security and do not impede the operation of the facility.” IAEA chief Rafael Grossi told the AP news agency on Tuesday that the facility must be inspected for necessary repairs “to prevent a nuclear accident.” The situation in Europe’s largest nuclear facility is “completely out of control,” he said, and issued an urgent appeal to Russia and Ukraine to allow experts access to the nuclear power plant.

“The situation is very fragile. Every principle of nuclear safety has been violated in one way or another and we cannot allow this to continue,” Grossi added.

Another attack in the Zaporizhia region on Friday was aimed at a grain warehouse, where rockets are said to have hit. More than 300 tons of stored grain and seeds now lie under rubble.

More on the subject – War in the Ukraine: in addition to the terror against civilians in the Donbass, now also nuclear terror?