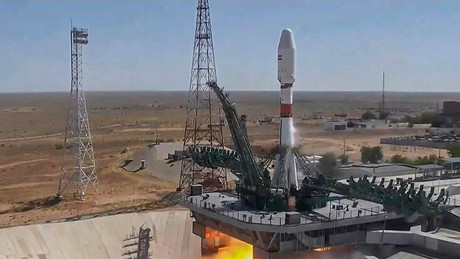 Russia has launched a surveillance satellite for Iran. According to the Washington Post, the satellite can take high-resolution images of Earth, significantly increasing Tehran’s military capabilities in the Persian Gulf.

Russia launched a surveillance satellite for Iran on Sunday. The launch took place at the Kazakh cosmodrome Baikonur, as reported by the Interfax agency. The Soyuz rocket transported a total of 17 probes into space. The largest is the Iranian surveillance satellite “Chayyam”. The Iranian media have meanwhile reportedthe first data from the satellite have already been received.

Iran’s Minister of Information and Communications Technology Eisa Zarepour said that the production line for such satellites will remain active in cooperation with Russia, adding that it is a great honor for Iranian technicians to work with Russian technicians who have have more than six decades of experience in this field.

According to the Washington Post, the satellite can take high-resolution images of Earth, significantly increasing Tehran’s military capabilities in the Persian Gulf. In the next few months, however, Russia will initially use the probe itself in the war against Ukraine, claims the US newspaper.

In 2005, Russia sent the first Iranian satellite called Sina-1 into space. Iran insists that its space program is for civilian and national defense purposes only. However, the West fears that the systems used for satellite launches contain technologies that could also be used for nuclear-capable missiles.