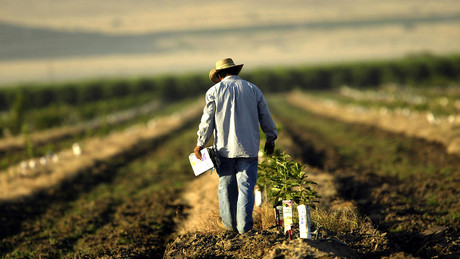 Two large Polish fertilizer manufacturers have just announced that they will shut down their production. The reason is the extremely difficult situation on the gas market and exorbitant fuel prices.

“Due to record prices for natural gas, the main raw material for Grupa Azoty SA’s production, the company decided on August 22, 2022 to temporarily shut down its nitrogen fertilizer, caprolactam and polyamide 6 production plants from August 23, 2022.”

“Although there are no problems with the availability of gas, the current situation on the gas market, which determines the profitability of production activity, is exceptional and completely beyond the company’s control,” the manufacturer stressed.

The company’s statement goes on to say that the group would “constantly monitor the price level of all raw materials and goods and the profitability of production processes” and “make further business decisions based on the results of this monitoring.” It is not yet clear when the plant will resume production.

It was later revealed that ANWIL, another Polish fertilizer producer, was also shutting down production due to the sharp rise in gas prices. The fertilizer manufacturer belonging to the ORLEN Group explained on August 23 on his website:

“Due to an unprecedented and record-breaking increase in natural gas prices in Europe, ANWIL has decided to temporarily suspend the production of nitrogenous fertilizers. The company is constantly monitoring the situation on the commodity market. As soon as macroeconomic conditions on the gas market stabilize, production will resume.”

The current situation in the natural gas market is extraordinary and unpredictable and completely beyond ANWIL’s control, the company said.

Interestingly, the company’s website cites “Russian aggression in Ukraine” as the reason for Europe’s high gas prices, rather than the sanctions imposed on the Russian economy, which are now hitting European industry and consumers hard.