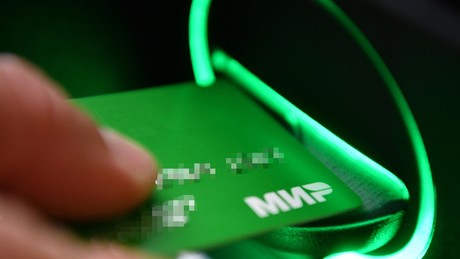 President Erdoğan will hold a meeting on September 23 to discuss with officials the potential problems Turkish banks are facing due to Mir card acceptance. Two Turkish banks have already stopped accepting Russian cards.

According to these sources, during his meeting with officials, Erdoğan will also discuss deals with Russia, volatility on the Istanbul Stock Exchange and the general economic situation.

On September 20, Turkish banks İşbank and DenizBank stopped serving cards of the Russian payment system Mir, citing US and UK sanctions against Russia as the reason for the decision. In addition to Turkish banks, Kazakhstan’s Halyk Bank and Vietnamese investment and development bank BIDV have also made similar decisions.

In addition to Russia, Mir cards are now also accepted in Turkey, Vietnam, South Korea, Armenia, Uzbekistan, Belarus, Kazakhstan, Kyrgyzstan, Tajikistan, South Ossetia and Abkhazia. Their use in a number of other countries is also under discussion.

In mid-September, the US Treasury Department said foreign banks contracting with card provider Mir “are at risk of supporting Russia’s efforts to circumvent sanctions.” At the same time, Washington has not yet imposed sanctions on the Russian National Payment Card System (NSPK), the operator of the Mir system. Although the head of the payment system Vladimir Komlev is already subject to punitive measures.

İşbank told Bloomberg that it viewed and analyzed a statement by the US Treasury Department on financial institutions’ cooperation with the Russian payments system. She then decided to suspend transactions with this system. The European Union also did not rule out the imposition of sanctions on the Russian payment system Mir. Peter Stano, spokesman for Europe’s chief diplomat Josep Borrell, said EU countries would discuss the issue of sanctions against the NSPK. However, the talks are currently “confidential”.

In mid-September, the Financial Times newspaper, citing sources, reported that the US and EU plan to increase pressure on Turkey to connect local banks to the Mir payment system. After that, the travel portal “Tourdom” and a representative of the hotel chain “Titanic” reported problems with the operation of the Russian cards.

Regarding the decision of foreign banks to suspend the acceptance of Russian cards, NSPK boss Vladimir Komlev said that the system will continue to work with partners in Kazakhstan for the time being. Nor has there been a “catastrophic” decline in Mir card payment volumes in Turkey. Although the number of sales outlets where the cards are served has decreased. Komlev explained:

“Turkey is the most painful subject. Of our five partner banks, two are commercial banks. They have stopped working together, we were informed.”

Vietnam’s investment and development bank BIDV has long informed the NSPK that it will no longer serve Russian cards, Komlev added.

The Russian payment system Mir (in English: “world” or “peace”) was set up in July 2014 after the US imposed sanctions on Russia for annexing the Crimean peninsula to the Russian Federation. The payment system was developed by the Central Bank of Russia as its own alternative to the US-controlled Visa and Mastercard card systems.

More on the subject – Report: US and EU increase pressure on Turkey over Russia sanctions