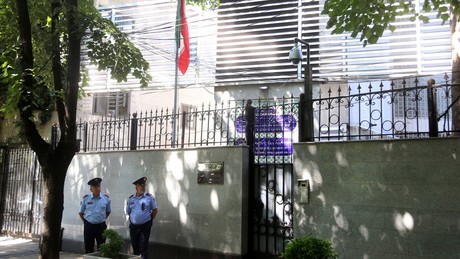 The Albanian government broke off diplomatic relations with Tehran in early September due to an Iranian cyber attack. Now, NATO has sent a high-level delegation to Albania to help the country deal with the aftermath of the recent cyber attack. Albania is a member of the western defense alliance NATO.

The Albanian government broke off diplomatic relations with Tehran in early September due to an Iranian cyber attack. A severe cyber attack that hit the country in mid-July had significantly affected the central government IT infrastructure.

NATO sent a high-level delegation to Albania on Wednesday to help the Balkan country deal with the aftermath of the recent cyberattack. The government in Tirana also blames Iran for this attack.

To Declarations At NATO, James Appathurai, the alliance’s deputy secretary-general, is leading a team of experts to offer “political and practical support” to the member country and to reassure officials in Albania’s defense and other security institutions that they do not have to face the attack alone.

Albania recently sought external support from Microsoft. The IT company then helped to restore the systems and analyze the Iranian cyber attack.

Microsoft concluded that two Iranian groups sponsored by the Tehran government were behind the attack and a subsequent release of data.

After the Albanian government expelled Iranian embassy staff based in Tirana, an information system that records entry and exit at the border was attacked by the same Iranian hacker group. This new attack caused difficulties and delays for travelers, according to the Albanian authorities. Defense Minister Niko Peleshi said his ministry and the Albanian army were not affected “because they are disconnected from the general communications network.”

More on the subject – Albania cuts diplomatic relations with Iran