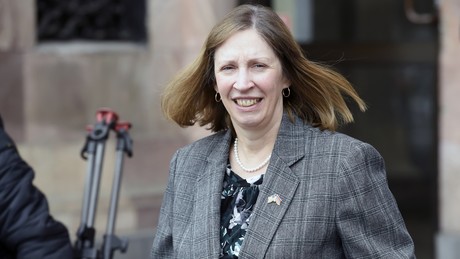 Moscow approves Lynne Tracy’s appointment as US ambassador to Russia. Tracy will be the first woman to hold this position. She previously served as US Ambassador to Armenia.

Tracy has received the approval of the Russian Foreign Ministry for taking office, the so-called agrément, Deputy Foreign Minister Sergei Ryabkov said on Thursday, according to the TASS agency.

US President Joe Biden had previously nominated the diplomat as the new United States Ambassador to Moscow. This was announced by the White House in Washington on Tuesday. Previously, she reportedly served as senior adviser on Russia at the US State Department’s Office of European and Eurasian Affairs and as deputy chief of mission at the US Embassy in Moscow.

According to the rules of diplomatic protocol, the government of the host country, i.e. Russia, approves the appointment before the nomination by the US President.

Tracy has held several senior positions, most notably heading the US Embassy in Kazakhstan, the US Consulate in Pakistan and Deputy Head of the Diplomatic Mission to Turkmenistan. She currently serves as the US Ambassador to Armenia. Among other things, Tracy speaks Russian.

The diplomat will arrive in Moscow amid heavy tensions between Russia and the US. The most urgent issues on the agenda of the two states include the war in Ukraine, the mutual exchange of prisoners and negotiations on nuclear arms control.

The previous US ambassador to Moscow, John Sullivan, left Russia to retire earlier this month. He stressed that the premature end of his powers had nothing to do with Russia’s actions in Ukraine.