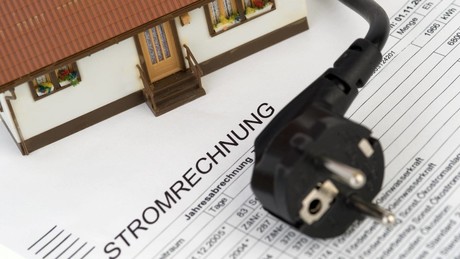 The social association VdK fears that more and more households could slide into private bankruptcy due to the significant increase in energy prices. The end of the price flag pole for electricity is far from being reached.

In view of the increasingly unaffordable energy costs, the social association VdK has warned of an increase in private bankruptcies registered in Germany. “If a family of four suddenly has to raise an additional 1,000 euros a month for gas, an average income is no longer sufficient,” said VdK President Verena Bentele on Thursday in Berlin. The additional energy flat rate of 300 euros then “quickly fizzled out”.

Many people were then left completely at their expense because a large part of the population was not entitled to social benefits such as basic security or housing benefit. “Sooner or later those affected are threatened with personal bankruptcy,” said Bentele. In order to prevent this, the social association calls for the nationwide establishment of hardship funds. People who are at risk of losing their homes or who have already had their electricity and gas cut off due to unpaid bills should be supported in this way:

“The federal government must ensure that there is a quota of affordable gas for every household, just as it announced for electricity in the third relief package.”

The worries of the social association are not unfounded. For example, the Bundesbank is expecting a recession in the coming year, which would have devastating consequences for the German economy and private households. And as if that weren’t enough, according to a recent study by the consulting firm Prognos, purchasing electricity could also become unaffordable for many households. If Germany no longer purchases gas from Russia, according to the company’s calculations, wholesale electricity prices in 2023 could exceed the limit of 500 euros per megawatt hour on an annual average in the worst case. The result would be a wave of private bankruptcies.

More on the subject – DAX is bobbing along, the euro is falling