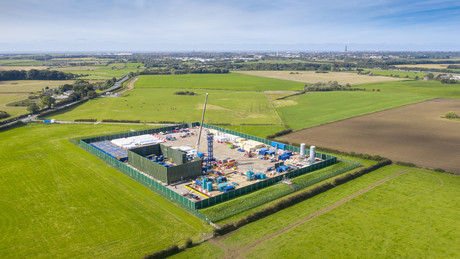 The USA has been extracting enormous amounts of gas from fracking for years. However, the method is controversial. The UK suspended the trial in 2019 due to environmental concerns. But now London wants to lift the fracking ban because of the energy crisis.

Britain on Thursday lifted a moratorium on fracking to extract shale gas. London referred to the energy needs of the country. Announcing the lifting of the ban, Business and Energy Secretary Jacob Rees-Mogg said that “strengthening our energy security is an absolute priority” and that the UK must “exploit all potential sources of domestic gas”.

Fracking, which extracts shale gas by hydraulically fracturing rock, was banned in 2019. The reason is concerns that it could trigger earthquakes. More than 120 tremors have been recorded at a fracking site in Lancashire this year. However, most were too weak to be felt. The strongest 2.3 magnitude fracking earthquake occurred in Blackpool in 2011, where residents reported being woken up by shaking during the night.

British Prime Minister Liz Truss said earlier this month that fracking should be allowed where it is supported by local communities. Now Boris Johnson’s successor stressed on the sidelines of the UN General Assembly that “no option should be left off the table” to improve the country’s energy security. Because that is “the main problem” that Britain is facing.

The ban was lifted after the organization British Geological Survey (BGS) published a report saying it was difficult to estimate the seismic impact due to little fracking activity in the UK.

Energy prices have soared in the UK, as well as the rest of Europe, as energy supplies from Russia have plummeted and countries are scrambling to find alternative supplies.