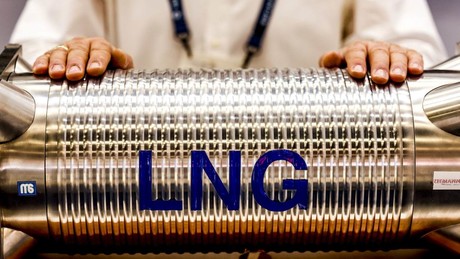 The UK faces a pan-European gas crisis despite low supplies from Russia. According to Bloomberg sources, the UK government expects to secure long-term shipments of liquefied natural gas from the US before the winter.

A UK government working group has asked liquefied natural gas (LNG) exporters to come up with proposals to secure US fuel supplies for 20 years. This reported the Bloomberg news agency, citing its sources.

The agency explained that this is a way for London to try to secure long-term supplies of US-produced LNG ahead of the winter energy crisis. Bloomberg pointed out that unlike Germany and other European countries, the UK is not dependent on Russian energy resources and relies on local production, imports from Norway and LNG supplies. However, the UK is also facing a Europe-wide gas crisis, according to Bloomberg.

“The Truss government is obviously addressing this issue at the highest official level to ensure long-term supply at affordable prices, as are the Germans.”

He also pointed out that “what’s left in the United States is almost sold out”.

According to London estimates, the share of Russian gas for Great Britain is less than four percent. Kingdom authorities have expressed plans to cut this amount of fuel shipments from Russia as well. In particular, Great Britain rejected the gas payment system proposed by Russia with the opening of a ruble account. At the same time, the group of energy-intensive users has expressed concern about the reliability of gas supplies and warned the UK government of the risk that a number of industries could be shut down in the event of shortages, according to the Financial Times newspaper. Households in Britain owed their energy suppliers a record £1.3 billion (€1.49 billion) in mid-August.

In the summer, Gazprom repeatedly reduced the volume of gas transported to Europe via Nord Stream, citing difficulties in maintaining the turbines due to international sanctions. In early September, the Russian side indefinitely halted the pipeline “until the equipment is repaired.”

The German authorities are of the opinion that not technical, but political reasons are responsible for the interruption in deliveries, the Kremlin rejected these allegations. Berlin previously assumed supplies of Russian gas would eventually halt as fuel shortages threatened to shut down several sectors of the German economy and increase unemployment. Germany, like other European countries, is looking for alternative energy sources to reduce dependence on Russian energy.