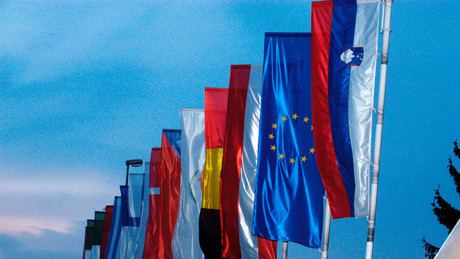 On Monday published The EU Commission passed a bill it dubbed the “Single Market Emergency Instrument (SMEI)”. This draft should be read very carefully because this is an economic coup in the European Union (EU).

As with all EU standards, reading it is torture, but in this case the torture is double. It lies not only in the Anglo-Saxon-influenced diction, but also in the content. The extensive text is based on experiences made during Corona; in fact, this law would give the EU Commission powers that can be read as the basis for economic mobilization.

The draft still has to be approved by the European Parliament and the Council of the European Union, which is made up of the responsible ministers of the member states; however, it is not subject to the requirement of unanimity among all member states, because it is not a question of foreign policy but of EU economic policy and thus domestic policy. This means that the ultimately decisive voting threshold is at least 15 countries, which must represent at least 65 percent of the EU population. All other countries would then be subject to these regulations against their will for as long as they wanted to remain a member of the EU.

Two stages are envisaged in the design: a surveillance mode and an emergency mode. The Commission can independently explain the monitoring mode; to activate the emergency mode, it needs approval from the Council of the EU, i.e. the very same body that will soon make the actual decision on the draft.

Throughout the draft, there is only very general mention of a “crisis” that “threatens the internal market”. Now one cannot deny that a very severe form of such a crisis has actually already been triggered by EU decisions and is currently having an effect in the EU – the crisis that arose as a result of the sanctions imposed on Russia. And this massive crisis is affecting a great many goods, services and necessities of life.

In order to assess what the EU Commission is trying to do with SMEI, one must first be clear that it is by no means about ensuring the survival of EU citizens in this crisis; the Commission is only concerned with the market. A little quote from the press statement This proves that: “The emergency mode lays down principles that must be observed by the Member States when it comes to facilitating and, if necessary, restoring freedom of movement. At the same time, the Member States are prohibited from imposing specific restrictions on the free movement of goods and services relevant to the crisis, it unless these are used as a justifiable last resort.”

There is no fixed list of such goods, the Commission leaves everyone in the dark about what is meant by this. However, this also means that neither food nor military goods are fundamentally excluded. If one remembers the spring of this year, when sunflower oil suddenly disappeared from the supermarket shelves in Germany and at the same time the Hungarian government banned the export of sunflower oil, this was a possible example of when the EU Commission could have intervened, if this law had already been in force.

Now two things are of central importance. For one thing, we’re talking about a crisis in the real world, which also includes areas like the food supply; also thanks to corresponding EU decisions – not only to sanction natural gas, but also to reduce the use of artificial fertilizers – which was the trigger of the Dutch farmer protests. However, emergency care in a food crisis can only be managed from the bottom up, not from the top down. The intention of the Commission to seize such powers, coupled with appropriate bureaucratic inquiries, would be the last resort that makes sense in such circumstances and could solve problems.

But there is another aspect. Emergency preparedness and emergency assistance are among the central tasks of states and form the core of their legitimacy. What the EU Commission intends to adopt here is an essential part of state sovereignty. Emergency measures taken in the interest of the population, for example in the event of a food supply crisis, are necessarily anti-market because they require the overriding of inappropriate market mechanisms in this situation. Every historical experience proves that otherwise the essential goods will not benefit the population, but will be used for speculation. One only has to look at what is happening in the EU’s artificial “gas market” to see that this is as true today as it was for hundreds of years.

The Commission’s draft puts the market and its functioning above even the most elementary interests of the people, and these rules take the place of those that sovereign states tend to follow in the event of such crises. There is a fundamental difference between the Commission and national governments – governments are still essentially accountable to their own peoples (although many are currently not doing so), but the European Commission – is accountable to no one.

During an internal market emergency, EU member states are prohibited from imposing export bans or measures that have the corresponding effect on goods or services relevant to the crisis. For example, the Hungarian government is then prohibited from banning the export of sunflower oil, or the Slovenian government from preventing the emigration of nursing staff who are urgently needed in their own country. It is also forbidden to distinguish between citizens of the EU. Now suppose that Germany ran into serious food supply difficulties and, according to German emergency plans, would switch to ration card supply. That would not be possible under this draft law, because the mere issue only to persons resident in the respective place would already violate the prohibition of discrimination and, in principle, every EU citizen would have the right to be considered. However, this means that the actual purpose of such measures can no longer be fulfilled, which ultimately consists of at least distributing the shortage fairly fairly on site.

But there is more. In the event of a shortage of things that the EU Commission classifies as strategic or crisis-relevant goods, the Commission is given the right not only to record the existing quantities in all EU countries, but also all producers and through direct instructions to prioritize their productions, order an expansion or order delivery to another EU member state.

That already sounds like a war economy – and that’s probably how it’s supposed to be. A war economy then commanded by the most corrupt, undemocratic and bureaucratic structure to be found in all of Europe. A structure that also claims the right to make purchases on behalf of member states, even if they do not issue a specific mandate to do so.

With this law, the EU Commission is grabbing the remaining remnants of sovereignty among its member states. She has herself empowered to be sovereign, true to the definition of so popular in Germany Carl Schmidt, “Sovereign is whoever decides on the state of emergency”. If, when reading this draft, you take into account that nowhere in it is an application to the field of armaments production excluded, and if you keep an eye on the priorities of the EU Commission in the past, in which the well-being of the corporations always took precedence over the well-being of the citizens , then you can get scared and anxious. The result would be with absolute certainty: cannons instead of butter.

Incidentally, the powers of instruction that the EU Commission wants to be granted are not only limited to large companies, but also to small and medium-sized ones. There is no lower limit and they are all obliged to provide the data requested, or even to provide their goods and services in accordance with the Commission’s specifications.

Even if it is (still) limited to the economic sector, this is an enabling law that, together with state sovereignty in dealing with emergencies, also withdraws the decisions derived from it from any democratic control. With this law, the EU is transformed into a corporate dictatorship – with the EU Commission as its government.

It is only to be hoped that this draft will be widely disseminated and acknowledged before it can be adopted, and that sufficient resistance will be raised in time. Because once it has been passed, the only option left for the EU member states to regain the ability to act is to leave this EU. And who really wants to see an existential crisis end like the renovation of the Gorch Fock?

More on the subject – Of double standards and corruption: the EU, Hungary and Ukraine