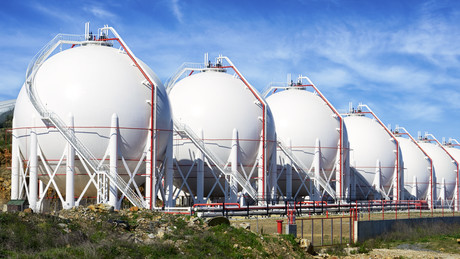 According to Reuters, the US is supplying more natural gas to the EU than Russia for the first time. In September, for example, LNG deliveries from the USA accounted for almost 70 percent of European imports. But the costs for the countries are many times higher. Europe has thus replaced Asia as the USA’s most important LNG target country.

The USA has developed into one of the leading LNG suppliers for Europe. Its exports of liquefied natural gas to the old continent increased again in September, Reuters news agency reported this week, citing data from Refinitiv Eikon, a financial market intelligence analysis platform. However, due to the outage of a major LNG terminal in the US, exports were below average overall in the first eight months of 2022.

A fire in June had the manufacture in Freeport Terminal, the second largest liquefaction plant in the United States. As a result, US LNG production is lagging behind full capacity. The Freeport terminal in Texas accounted for a fifth of all US LNG exports before the incident.

Meanwhile, both demand and prices for LNG are rising as energy-hungry European consumers seek alternatives to Russian natural gas. For the first time, Europe has overtaken Asia as the top destination for US liquefied natural gas, tank monitoring data shows. In September, 87 shipments with 6.3 million tons went to Europe, slightly exceeding the volume of August (6.25 million tons). That made the share of US LNG exports to Europe nearly 70 percent in September, up from 56 percent in August and 63 percent in July.

The increase means that almost half of the EU’s LNG imports can be traced back to the US, which is about twice as much as in 2021. There are 36 LNG terminals in operation across Europe – from Poland to the Netherlands and France to to Spain. Germany has not yet had such a facility. The import runs via the terminals in Belgium or the Netherlands.

But while LNG exports from the US helped fill Europe’s gas storage facilities ahead of schedule, experts say the spend was 10 times higher than the historical average cost of filling up tanks for the winter.

There were also fewer shipments to Asia, Latin America and the Caribbean last month due to increased shipments of refrigerated liquid gas to the EU.

More on the subject – Gas crisis: Italy announces restrictions on heating for the winter