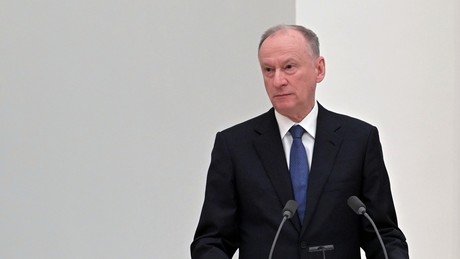 At the end of September, there were explosions on the Nord Stream pipelines. Russia, Denmark, Sweden and Germany assume sabotage. The Secretary of the Russian Security Council Nikolai Patrushev sees Great Britain and the USA behind the attacks.

After the Russian Ministry of Defense accused Great Britain of sabotaging the Nord Stream pipelines on Saturday, the Russian Security Council now also sees the British Navy behind the attacks. On Thursday, Russian Security Council Secretary Nikolai Patrushev said the United States was the main beneficiary of damage to gas pipelines in the Baltic Sea.

According to Patrushev, British naval forces were involved in the planning and execution of the attacks. The communication between British ex-Prime Minister Liz Truss and US Secretary of State Antony Blinken is proof of this. Patrushev literally:

“One cannot help but notice a text message from then British Prime Minister Liz Truss telling US Secretary of State Antony Blinken that ‘it’s done’ after the explosions at the pipelines.”

IT entrepreneur Kim Dotcom wrote about the text message from Liz Truss on Twitter. He emphasized that it was not about the cell phone, which media reports had previously hacked. Kim Dotcom did not reveal his sources.

Last week, the operating company announced investigations in Sweden’s exclusive economic zone. Nord Stream AG announced on Wednesday that a tube of Nord Stream 1 had been destroyed over a length of around 250 meters. According to preliminary investigation results, there are two craters on the seabed, each three to five meters deep. Debris was scattered in a radius of at least 250 meters.

More on the subject – Was there the Nord Stream message “It’s done” from Truss to Blinken? Zakharova asks