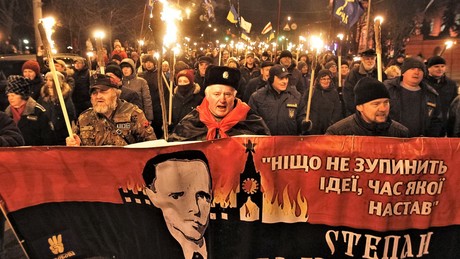 Previously, it was the US and Ukraine that openly opposed the UN resolution against the glorification of Nazism. Now Germany, Italy, Austria, Hungary and other EU countries also voted against it. This year there was also an attempt to prevent the resolution brought by Russia.

The 3rd Committee of the UN General Assembly has adopted the Russian draft resolution on combating the glorification of Nazism by 51 votes against and 106 in favor. 15 states abstained.

The document is entitled “Combating the Glorification of Nazism and Other Practices Contributing to
fueling contemporary forms of racism, racial discrimination, xenophobia and related intolerance”.

Since 2014 agreedonly the USA and Ukraine regularly opposed this resolution, EU and NATO countries as well as some states from other parts of the world abstained. This time, however, the draft resolution was also rejected by Germany, Great Britain, Austria, France, Japan, Italy, Georgia, the Baltic States and Hungary.

According to the deputy director of the department for humanitarian cooperation and human rights in the Russian foreign ministry, Grigory Lukyantsev, there was also an attempt to prevent the coming vote with organizational tricks.

Australia, Japan, Liberia and North Macedonia brought one
demarche with criticism of the resolution. This is Russia’s attempt to justify its military action in Ukraine under the pretext of fighting Nazism. They proposed amendments to persuade Russia to withdraw the text from the vote.

“They have not managed to radically change the text in their favor and to delete the provisions that do not suit them: the destruction of monuments to the liberators, neo-Nazi rallies and torchlight marches, the ban on symbols associated with victory in connected. So they decided to get quite ‘creative’ in their task, but that strategy didn’t pay off,” Lukyantsev said.

The Russian diplomat recalled the situation in 2011, when the voting split among EU countries and some member states voted against while others abstained. “At that time the representatives of Germany, Italy and Austria swore to us that they could never vote against a document in which the glorification of National Socialism was fundamentally condemned.” The Russian diplomat sharply criticized this behavior as a falsification of history. In a comment on the website of the Russian Embassy in Berlin released became, he wrote:

“Over the years, after the resolution was adopted, the Western states repeatedly suggested inserting into the text of the draft resolution the versions connected with an alleged ‘equal responsibility of Hitler Germany and the USSR for the unleashing of the Second World War’. They also wanted to insert into the document the theses about ‘two totalitarian regimes’ and that various collaborators should not be condemned because they are the so-called ‘national heroes’ For us these provisions are completely unacceptable, we reject them and we are with them do not agree with such falsifications of history.”

In recent years, RT DE has tried to find out the reasons for Germany’s abstention from this UN resolution. In 2020 the answer when asked by RT DE, the reasons would be submitted later. Even after a year, no reasons were submitted. In December 2021 replied the spokeswoman for the Federal Foreign Office, Andrea Sasse:

“As always, we will not comment on our voting behavior in the United Nations at this point.”

In 2020, Washington’s envoy to the United Nations had arguedthat prohibiting the glorification of Nazism would violate the First Amendment of the US Constitution protecting freedom of speech. The US also had Moscow accusedfor wanting to use the resolution to fuel a “disinformation narrative” about neo-Nazism in the Baltic States and Ukraine.

More on the subject – Federal Foreign Office: For many, the end of the Second World War did not bring freedom, but occupation