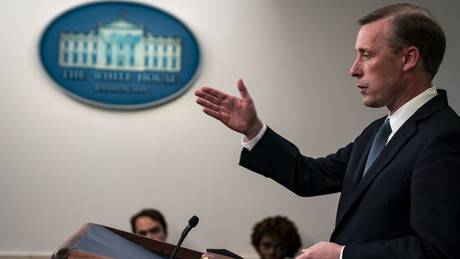 US adviser Sullivan is in contact with his Russian counterpart Ushakov and Secretary of the Russian Security Council Patrushev. The aim of the consultations is not to solve the situation in Ukraine, but to avoid an escalation.

Jake Sullivan, the US President’s National Security Advisor, has had confidential contacts with Russian Presidential Advisor Yuri Ushakov and Russian Security Council Secretary Nikolai Patrushev over the past few months about the unacceptability of the use of nuclear weapons and the escalation of the conflict in Ukraine. This reported the newspaper The Wall Street Journal (WSJ), citing US officials.

According to the sources, the purpose of the contacts was to minimize the risk of escalation and maintain communication channels, and not to discuss a solution to the situation in Ukraine.

The Wall Street Journal did not specify when the contacts took place or how often consultations took place. The Kremlin did not respond to the newspaper’s request. Commenting on Sullivan’s contacts with senior Russian officials, Adrienne Watson, spokeswoman for the US National Security Council, said: “People talk about a lot of things.” She declined further comment.

Relations between Moscow and Washington have deteriorated since the start of the Russian military operation in Ukraine. In May, US Secretary of State Antony Blinken said the country was unlikely to restore ties with Moscow.

In mid-June, Russian Presidential Spokesman Dmitry Peskov said that Russia’s relations with the United States had hit rock bottom and that there was no dialogue between the two states.

Nonetheless, on September 25, Sullivan assured that contacts between the two countries would continue on a private basis. Afterward, Russian Deputy Foreign Minister Sergei Ryabkov confirmed that interaction between Russia and the United States will continue through various channels: telephone contacts, exchange of notes, personal letters and contacts through embassies.

In early November, US State Department spokesman Ned Price said no contacts between Russian and US officials were expected during the G20 summit in Indonesia.

More on the subject – Media reports: US privately calls on Kyiv to open up to talks with Moscow