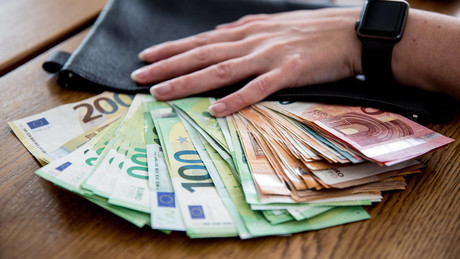 Interior Minister Nancy Faeser (SPD) justifies her demand to introduce a cash upper limit of 10,000 euros primarily with intelligence experience in the field of organized crime. In a recent interview with the Bild am Sonntag (BamS) explained the minister on the subject:

“A 30,000-euro cash purchase of jewelry or watches should soon be a thing of the past. I support the introduction of a general cash limit of 10,000 euros. That reduces the risk of assets being concealed by criminals.”

Faeser is thus supporting a proposal by the EU Commission that it had already brought into play in July of the previous year with regard to a Europe-wide upper limit for cash payments. In addition said the European Consumer Center Germany in September 2021:

“If you want to pay higher amounts of money in another EU country, for example when buying a car, you have to follow certain rules. Anyone entering or leaving the EU with cash totaling more than 10,000 euros must Declare the amount at customs.”

According to the BamS, the minister is concerned with “smashing criminal structures and consistently withdrawing their income”. Corresponding upper limits already apply in France, for example, and are 1,000 euros for locals and 10,000 euros for people who are not permanently resident in France.

Dealing with cash in the amounts mentioned is considered rather atypical among ordinary people. However, critics of such measures suspect that the plans are the start of a continuous process that should lead to the complete abolition of cash. In the area of ​​goods and services are the maximum limits for cash payments between EU countries so far set as follows:

There are currently no maximum limits for cash transactions in Germany, Austria, Denmark, Luxembourg, Finland, Norway, Great Britain and Ireland.

Finance Minister Christian Lindner (FDP) recently caused a Twittercontribution for the renewed flare-up of rumors about an impending cash abolition. As he wrote on November 7th:

“We should use the introduction of a digital euro for a major innovation leap: digital cash can make our everyday lives easier and be a growth engine for the economy.”

In a Bundestag speech on November 11, he stressed that, according to him, “money laundering and tax evasion are not just frauds against the tax authorities, but frauds against society as a whole”. On 7 November, the minister responded to citizens’ concerns about the perception of a politically motivated cash abolition with another Twittercontribution:

“There is no question of getting rid of cash. On the contrary, we are working on ensuring that the planned digital euro has the same privacy characteristics as the printed and embossed euro.”

More on the subject – From responsible citizen to transparent subject: A globalist tragedy in three acts