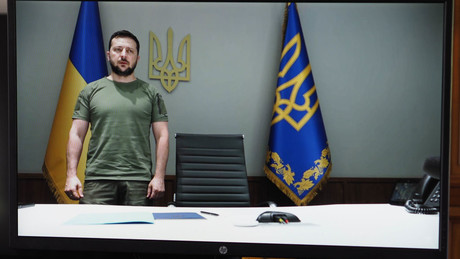 President Zelensky personally initiated the corresponding decree. The picture editor Julian Röpcke, who recently killed Russian soldiers as “fertilizer”, is also one of the recipients of the medal.

The official Message on the website of the Ukrainian government reads: “Decree of the President of Ukraine №752/2022”. Vladimir Zelensky personally determined the selection of the “Award of State Awards of Ukraine”. The German recipients of the medals in the category for “Third Degree Merits”, with a total of 35 awards, include in alphabetical order:

World Editor-in-Chief Ulf Poschardt feels the award as “a great honor”. Melnyk congratulated the editor-in-chief via Twitter and emphasized that “all your colleagues in the world have made an important contribution” “so that the traffic light supports my homeland – also with weapons”. Bild editor Röpcke was surprised about the nomination, thanked took to Zelenskiy on his Twitter channel for the award with the words: “Thank you, thank you and thank you very much, Mr. President”.

Röpcke came under the spotlight of social media in particular when he tweeted on November 5 about the war in Ukraine:

“The Ukrainian army repelled this attack as well and turned hundreds of Russians into fertilizer.”

After considerable criticism, he deleted the post. The commendations for the recipients from home and abroad were awarded in different order classes. Other foreign journalists and recipients of “merits of the third degree” are:

The Greek Margaritis Schinas, Vice-President of the EU Commission, was among those honored with the award of the Order for “Merits of the First Degree” (three awards). Christian Cambon, Chairman of the Committee on Foreign Affairs and Armed Forces of the Senate of the French Republic, received an order out of thirteen for “Merits of the Second Degree”.

The nominations were made on November 4th. It is not yet known when and how the awards will be presented, whether in person or by post.