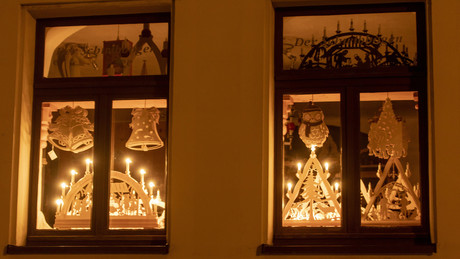 The Christmas season is just around the corner and with it the high season for Saxon wood art. But the manufacturers have been complaining for months about the serious consequences of the Russian sanctions for their industry. Birch plywood, which is important to them, is subject to the punitive measures.

In Saxony, many companies are affected by the economic sanctions against Russia. One industry is suffering particularly badly: handicrafts. The wooden figures, such as candle arches and pyramids, from the Ore Mountains are not only known and loved all over Germany, but all over the world. But for the construction, the manufacturers need birch plywood. So far, the material has come from Russia or Belarus. But that’s been the end of it for months.

Because of Moscow’s military operation in Ukraine, Brussels passed one of its sanctions packages in April, which among other things targeted Russian timber. Imports were banned. Those companies whose import contracts were signed before April 9 were only granted a transitional period until July. After that, they also had to comply with the sanctions. In addition to wood and wood products, the punitive measures from this package also affected charcoal, cellulose, cardboard and wooden furniture and furniture parts.

For the folk artists from Saxony, this meant no more Russian birch plywood for their figures. Since imports of the same material from Belarus were also prohibited, a supply problem broke out in the industry. And this continues to this day.

Representatives of the wood arts and crafts had already discussed this in the summer suedthat the lack of deliveries from Russia and Belarus would cause “great concern”. Birch plywood had been obtained from there “since the deepest days of the GDR,” an operator of a wood art company from Kamenz, Saxony, told the Sächsische Zeitung.

Many in the arts and crafts initially had wood of this type in stock, but in recent months the problem of a lack of alternative suppliers has become increasingly visible and dramatic. The owner of a company from the Ore Mountains, which has been active in the wood art industry for over 30 years and has 18 employees, complained to the Bild newspaper “about a lack of alternatives”. Katja Taulin said:

“Even if, like all of our colleagues, we’ve been trying for months to find a way to replace the Russian wood. It’s pointless.”

In addition, the quality of possible alternatives is “different”, according to the entrepreneur. By the summer, Russian birch plywood would have accounted for a 93 percent market share, according to Taulin. But nothing has been available from wholesalers since the summer. According to the wood art maker, her company now works “only to order” and has had to raise prices due to the lack of supplies. Before the sanctions against Russia, the wooden figures were made all year round. Taulin stressed to the newspaper that she did not know how to proceed.

“These sanctions harm us and our country.”

At the same time, the wood art maker expressed the fear that her company, like many other smaller companies – in contrast to the large companies – would get nothing from the state aid.

More on the subject – Alarm letter from craftsmen to Chancellor Scholz: “Do you really want to sacrifice your country for Ukraine?”