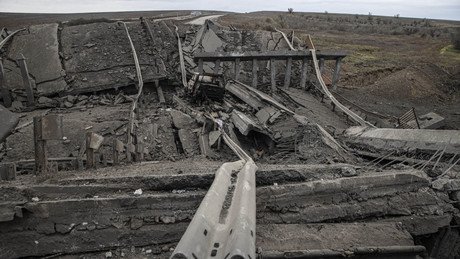 Russian troops in Kherson have been moved to the left bank of the Dnieper, turning the river into a battle line. The US has announced the delivery of 40 armored river boats to Ukraine. How exactly could the Ukrainian armed forces use this type of military technology, and how could Russia respond?

The Russian Defense Ministry has completed the transfer of troops from the right bank of the Dnieper to the left bank. During this operation, over 30,000 soldiers, about 5,000 units of weapons and war equipment, and material property were withdrawn. In addition, all military equipment in need of repair was transferred to the left bank.

In this way, the Dnieper has become a line of contact. In this regard, the additional aid to the Ukrainian Armed Forces announced by the Pentagon, which envisages the delivery of 40 armored river boats, is of particular importance. And it’s not the first time NATO countries have made such deliveries.

“The planned dispatch of armored river boats by the United States to Ukraine should be taken seriously. This area of ​​the US fleet is constantly evolving and regularly improves the technical aspect in the broadest sense: reconnaissance – control – communication,” writes military expert Ilya Kramnik.

In addition, the conditions for a full-fledged river war are now in place. The Ukrainian armed forces have the opportunity to organize a protected base for boats near Nikolayev, on the Bug estuary or in Ochakov, the Telegram channel “Bloknot Periscope” notes. Because of this, not only the reservoirs, but the entire lower part of the Dnieper, including the adjacent estuaries, can be the target of military combat operations.

In addition, the boats could be used to storm the Zaporozhye NPP, which local authorities and experts have repeatedly warned about. “In general, the formation of the river flotilla seems logical to the enemy. The Dnieper has turned into a front line, so the enemy forces need to be equipped with effective weaponry, including armored boats,” first-rank reserve officer Sergei Ishchenko told the newspaper Vsglyad.

The sabotage and reconnaissance troops of the Ukrainian armed forces can be smuggled onto the left bank by means of armored boats, which has already been repeatedly observed in the areas of the Zaporozhye nuclear power plant. “Moreover, the armored boats are required to cross the river at any section and then capture a specific beachhead,” added the expert. Moreover, the Ukrainian armed forces, using armored boats, can prevent Russian troops from crossing the Dnieper.

As for the location of the river boats, the Ukrainian armed forces will most likely place them near water reservoirs. “The Kakhovka and Kiev reservoirs have quite a large floodplain. There are also many islands and bays where boats can easily be hidden,” Ishchenko said.

Speaking about the possibilities of fighting, the boats should be sunk by the helicopters of the Russian armed forces, the interlocutor believes. “In addition, one should think about moving the armored boats of the Caspian flotilla to the Dnieper. They have already been brought to the Sea of ​​Azov several times during times of strained relations with Kyiv. We need them to perform exactly the same tasks that the Ukrainian armed forces intend to implement using US armored river boats,” emphasized the expert.

At the same time, Russia has not built full-fledged armored boats for a long time, because there was no need for them. “Although the Bujan-class corvette was originally designed for rivers and has an engine that allows it to travel through shallow water. Therefore, it is desirable to move everything we have near the Kinburn Spit. That is but better than nothing,” he remarked.

Third-rank reserve captain Maxim Klimov recalled that the Ukrainian armed forces had already set up their own Dnieper flotilla in the spring. “In addition, they have mobilized civilian ships and converted them for military purposes. We have not done anything of the sort,” Klimov told Vzglyad.

However, armored boats are quite vulnerable, he noted, so they could be shot down by almost any type of weapon in a surprise attack. According to the expert, combat helicopters could be the most effective here – although they have enough other tasks.

“In addition, the experience of military special operations shows us that the speed of decision-making in defense or attack is more important than armor. In conclusion, we need to better use the means of reconnaissance and combat, bringing them together in a single system. And Of course we need high-speed armored boats and fast barges and ferries,” Klimov is convinced.

By the way, it could happen that the plans of the Ukrainian Armed Forces and the Pentagon for the Dnieper will not be fully implemented. “It’s not entirely clear how they want to move the boats: the southern part of the river is under our control. Even if they smuggle the boats across the Danube – this territory is under the supervision of the Russian Black Sea Fleet anyway,” said the military expert Vasily Dandykin opposite Vsglyad.

Speaking about the use of armored boats by the Ukrainian Armed Forces, the expert recalled that they needed them not so much for landings as for missile and artillery strikes. “In any case, taking into account the new distribution of forces on the Dnieper, we should seriously consider moving the same ‘Bujans’ from the Caspian Sea to the Dnieper. Besides this, the FSB border guard also has boats that can be deployed in the area if necessary can become,” concludes Dandykin.

More on the subject – Some sanctions also fall after Cherson: Just a coincidence, nothing more …