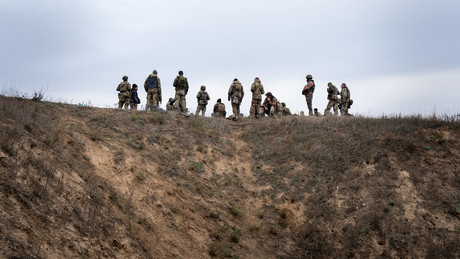 The Kinburn Spit near Ochakov, under Russian control, allows shelling of Nikolayev and surrounding objects. After the withdrawal of the Russian units from Cherson, the peninsula gains even more importance.

The Kinburn Spit is the only part of the Nikolayev region under Russian control – the southernmost point of the Liberated Areas. Attempts by Ukrainian forces to regain control of the Spit have failed, but there is no doubt efforts will continue. How can they be met?

After this Deduction from Cherson, Russia still has the ability to shell targets in and around Nikolayev with long-range artillery. Natalya Gumenyuk, a representative of the Southern Command of the Ukrainian Armed Forces, said Saturday that Russian troops are holding the Kinburn Spit near Ochakov.

This is the only part of the Nikolayev region under Russian control. Gumenyuk noted that Russian artillery was only 50 kilometers away from the city of Nikolayev. At this distance, Russian forces can also use missiles, kamikaze and combat drones to attack.

The Kinburn Spit is a sandy strip between the Dnieper-Bug Liman and the Yagorlizki Bay on the Black Sea, the southernmost point of the Liberated Territories of Ukraine. It forms the westernmost part of the Kinburn Peninsula and is its natural extension. Its length is about 40 kilometers and its width is about nine kilometers. This is the legendary sea bay described in the poem “Ruslan and Lyudmila” by the great Russian poet Alexander Pushkin.

The territory has been under the control of the Russian army since June. During the capture of the Spit, the Ukrainian Navy’s anti-submarine corvette “Vinnitsa” was sunk. Among other things, the special unit “Wichr” is located on the spit [dt. Wirbelsturm], whose task is to fight Ukrainian divers and scouts. When Russia took the Spit, there were suspicions that in the future (after the blockade of the port of Ochakov blocking access to the Dnieper-Bug Liman) it could become a bridgehead for a rush to Nikolayev.

From the Kinburn Spit to the Korabelnii district in Nikolayev it is about 50 kilometers. This distance roughly corresponds to that from which the Russian artillery shelled the Ukrainian positions in Nikolayev from Cherson.

Those in power in Kiev have wanted to recapture the Spit for a long time. For example, this task was assigned to the special units stationed in Ochakov. It was reported in some media that helicopters, naval detachments of the Dnieper flotilla, speedboats and naval landing craft would be involved in the operation of the Ukrainian Armed Forces to capture the Spit. In mid-September, a Ukrainian landing party from the direction of Ochakov tried to capture the Spit. But the attack was repulsed.

Military expert and director of the Museum of Air Defense Yuri Knutov believes that the spit should be held “because the possibility of conducting combat operations against Nikolayev with long-range artillery has a principled character”. “It is much more important for us now to defend the Zaporozhye, Donetsk and Krasny Liman directions. If the enemy breaks through to Berdyansk, it would pose a serious threat to Crimea’s water supply and would generally entail the risk that our group split in two,” explained Knutov.

However, the reason for a withdrawal of troops from the Kinburn Spit could be difficulties in supplying ammunition. However, if the bridgehead has to be abandoned, control of it could be regained as early as next year. “This will be associated with the reinforcement of the troops by the mobilized parts of the military. In addition, modern combat technology will reach the front, which is currently being produced,” says Knutov.

Military expert Vasily Dandykin is convinced that Russia has every opportunity to provide this staging area with everything it needs to secure it, especially in the conditions of shorter daylight hours. “Experienced fighters are stationed on the Kinburn Spit, rotations are taking place. One would like to believe that our troops will hold this bridgehead, even considering a partial transfer of combat troops withdrawn from Kherson to the Zaporozhye front. It all depends on it what the Russian command is planning for the winter campaign, but there is an opportunity – and all the components, including the Navy, are available for this – to defend the spit,” the interlocutor believes.

The expert emphasizes that the Kinburn Spit is a “particularly unpleasant problem area behind Ukrainians”, which is why Ukraine may try to take control of this area while Russia’s mobilized fighters conduct military preparation and combat testing. “The main importance of the spit lies in the immediate vicinity of Ochakov and Nikolayev. Everything is close together there. From Nikolayev it is not far to Odessa or Kherson,” said the interlocutor.

Perhaps Kyiv is guided by the idea of ​​being able to carry out such an operation before the end of the autumn mud season. In addition, noticeable losses would have to be accepted, which further reduces the combat capability.

“The personnel capacity of the Ukrainian armed forces has dropped significantly, because a lot of ‘attrition’ was observed. The British say that the Ukrainians lost around 100,000 fighters, and most of them are professionals, commanders. The losses continue,” said the expert.

More on the subject – One joke too many: Why Zelensky is becoming a burden for the West