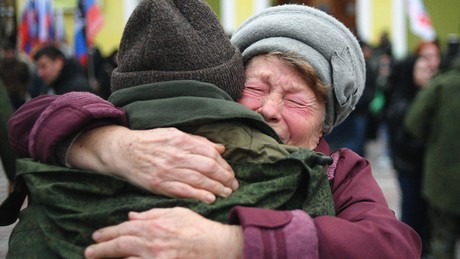 The Security Service of Ukraine (SBU) claims to have found pro-Russian literature, millions in cash and “dubious” Russian citizens during security measures on the premises of the Ukrainian Orthodox Church. This was reported by the press service of the SBU, claiming that “pro-Russian literature is used to promote the ‘Russian world'”.

The Ukrainian domestic secret service had previously initiated criminal proceedings. Allegedly, a song to “glorify Russia” was sung at a service in the Kiev Pechersk Lavra. Metropolitan Pavel, the prior of the Lavra, stated that Father Zakhar, who allowed his parishioners to sing “a secular song unrelated to worship”, was barred from conducting liturgies and prayers.

Before that, Metropolitan Pavel was included in the database of the controversial Ukrainian website Mirotworets. The Internet portal contains information about journalists, fighters of the Donbass republics and children who are pilloried either as enemies of Ukraine or as “traitors to the fatherland”.

The Russian Orthodox Church has called the Kiev Pechersk Lavra raids an act of intimidation and called for an end to the persecution of believers. A representative of the Church brought expressing that this is certainly not being observed by those “who call themselves the international human rights community”.

More on the subject – All because of a song line? Wave of searches in orthodox monasteries in Ukraine