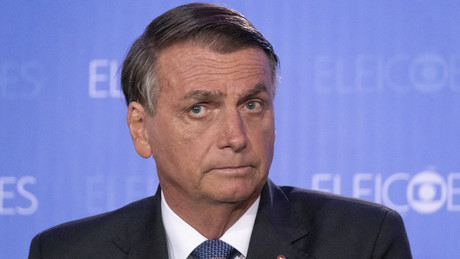 The party of Brazil’s outgoing president had lodged a complaint against the election with the Supreme Electoral Court. In the face of faulty voting machines, it should invalidate votes. The court not only rejected the application, but also imposed a fine on the applicant.

The head of the Brazilian electoral court, Alexandre de Moraes, has rejected the request of the party of outgoing President Jair Bolsonaro to review the results of the presidential election. Moraes justified his decision on Wednesday with the fact that the Liberal Party (PL) could not present any evidence of alleged fraud. He therefore also imposed a fine of 22.9 million reais (around 4.12 million euros) on the applicants because, Moraes continued, they wanted to “maliciously and irresponsibly trigger a legal dispute” with the application:

“The utter malice of plaintiff’s bizarre and unlawful request … has been proved, both by the refusal to add anything to the original request and by the complete lack of any evidence of irregularities and the existence of a wholly fraudulent presentation of the facts.”

On Tuesday, the PL’s lawyers submitted a 33-page application to the Supreme Electoral Court for the election to be repeated. Among other things, they complained that most of the electronic ballot boxes manufactured after 2020 did not have serial numbers and that the votes cast could therefore not be clearly assigned. Allegations that the President of the Court, Moraes, has now decisively rejected. In his verdict, he described the challenge as “insulting” and, according to him, its sole aim is to promote “criminal and anti-democratic movements”.

“The ballot boxes generate files that make it possible to determine exactly which device they were generated on,” explained Moraes. “If one of these mechanisms no longer works, it will be replaced by others without affecting the traceability and the possibility of identifying the ballot boxes.” According to Wednesday’s ruling, all political funds to the president’s coalition parties have now been blocked. According to Moraes, these would only be released again once the fine imposed had been paid. In addition, the head of Brazil’s electoral court also ordered an investigation into possible misuse of party structure and funds by PL leader Valdemar da Costa Neto.

In the runoff election on October 30, Bolsonaro narrowly lost to left-wing former President Luiz Inácio Lula da Silva. His supporters then blocked the streets in protest at the result. Even before the vote, Bolsonaro had repeatedly expressed doubts about the electoral system and indicated that he might not recognize the result. Lula will take office on January 1, 2023. He won 50.9 percent of the vote in the runoff, Bolsonaro got 49.1 percent.