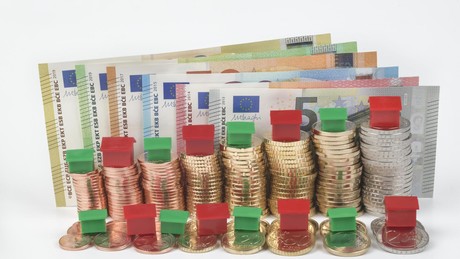 Two thirds of the 100 richest Germans are heirs. Ironically, politicians from the Union parties, who recently slowed down citizen income under the motto “Achievement must be worthwhile”, want to adjust the inheritance tax allowances to inflation.

Achievement must be worthwhile, at least in the public debate and at least that seems to be the case decisions some wealthy politicians agree on the citizen money. In particular, the millionaire and chairman of the CDU/CSU parliamentary group Friedrich Merz, as well as Bavaria’s Prime Minister Markus Söder (CSU), reinforced this argument loudest, albeit with limping examples and miscalculations.

The fact that the receipt of an inheritance is therefore also to be regarded as a benefit is currently becoming clear when it comes to the tax-free allowance for inheritances. According to the Bavarian Minister of Finance, Albert Füracker (CSU), for example, the threshold for tax-free inheritances of EUR 400,000 per person must be raised. His sympathy is with the people who may even inherit a house that has become extremely expensive due to the performance of the real estate market. Füracker is concerned:

“It cannot and must not be the case that children have to sell their parents’ home because they cannot afford the inheritance tax.”

He came up with an argument that does not apply to many in the CSU and CDU, if basic human needs such as food, housing, electricity, heating, medical supplies or weatherproof clothing are no longer affordable for people who may have been unfairly excluded from the labor market: price increases.

The allowance of EUR 400,000 per child if the heirs do not live in the parental home themselves was set in 2009. Since then, there have been massive price increases. Füracker pointed out that since then, real estate prices in Munich, for example, have doubled or tripled in some cases.

Federal Minister of Finance Christian Lindner has also spoken out in favor of higher allowances for inheritance tax. Due to a change in the law, heirs to larger assets could face higher inheritance tax expenses from January 1, 2023. At the economic summit of the Süddeutsche Zeitung in Berlin, the FDP boss said that he thought it would be advisable to regularly adjust the allowances for inheritance tax, as well as other parts of tax law, to general price and cost developments. He cannot give more than recommendations, since this is a matter for the federal states.

Lindner referred to a change in the Real Estate Valuation Ordinance, which had been updated by the then Federal Building Minister Horst Seehofer (CSU). Seehofer was in office until the change of government in 2021. The reason for the adjustment was that, based on the case law of the highest court, in the case of inheritance or donation, a property must be assessed according to the real market value for inheritance tax.

The Federal Minister of Finance also emphasized that there were not many cases. “The corresponding procedures of the Valuation Act are only used if the local expert committees do not have the opportunity to determine the market value.” Only then does the value have to be determined according to the legal procedure mentioned, Lindner explained on Wednesday. Any taxpayer can avoid this by submitting their own report to the tax authorities.

Studies repeatedly confirm that inheritance changes the socio-economic fabric by making the rich even richer. As is well known, the fortunes of the money elite are fed less from performance in the sense of work than from origin and connections. The sociologist Wolfgang Lauterbach deals with high wealth in Germany (HViD) at the University of Potsdam and found out during research for the poverty and wealth reports of the federal government that two thirds of the rich came to their wealth through inheritance, in contrast to a very small one Percentage of ten percent who claim to have made a fortune through their own work.

According to the federal government’s 2021 Poverty and Wealth Report unite the top 10 percent of households hold about half of all wealth, while the bottom half own only 2 percent of wealth. This gap has been widening for years, which is also favored by the fact that the money elite are spared from taxation. Not only are there enormously generous allowances for inheritances of 400,000 euros per parent, including loopholes such as the possibility of bequeathing this sum untaxed every ten years, or the comprehensive exception rules for business assets, which benefit the upper financial elite in particular.

The elite, who are wealthy through so-called family businesses, are freed from social responsibility by means of tax breaks, especially since the wealth tax has been suspended or reduced since a ruling by the Federal Constitutional Court.

In a study commissioned by the Hans Böckler Foundation, Markus Grabka from the German Institute for Economic Research (DIW) and WSI expert Anita Tiefensee calculated that inherited assets grow more strongly than expected as a result of increases in value. In 2017, the scientists came to the conclusion that the annual inheritance volume in Germany, including donations, will amount to up to 400 billion euros by 2027.

A DIW study from last year showed that the wealthy are the most likely to receive inheritances and larger gifts and, on balance, inherit the most money. The gap in wealth between those who inherit and those who get nothing is increasing, as confirmed by DIW expert Markus Grabka. The mantra that performance must be worthwhile seems to be either not shared by the Bavarian Minister of Finance with other representatives of the Union or applied selectively.

More on the subject – Citizenship allowance: How the Union fuels social envy with fake news