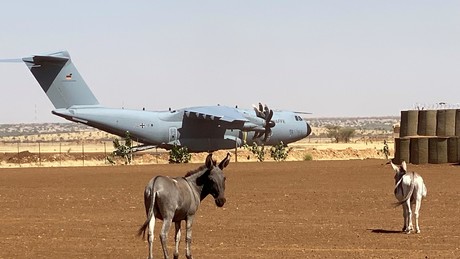 Just like the mission in Afghanistan, the Mali mission has now also failed, and the Bundeswehr will withdraw in 2024. The aim now is not to let Russia gain further influence in the region until then. However, this has nothing to do with the original purpose of the mission. Next location is Niger.

The Bundeswehr mission in Mali expires in 2024. The German Foreign Minister Annalena Baerbock (Bündnis 90/Die Grünen) prevailed against the Federal Minister of Defense Christine Lambrecht (SPD), as the blog German-Foreign-Policy reports reported. Lambrecht wanted to end the mission at the end of May when the mandate expired. Baerbock managed to extend the mission, which had long been questionable, for another year. It is now planned that the Bundeswehr will withdraw in May 2024.

The blog points out that the Mali mission failed – as did the mission in Afghanistan. The goal of pushing back the uprisings in the north of the West African country was not achieved. On the contrary, the attacks could spread further and further. Alleged war crimes by western military were also not prosecuted, and the promised economic upswing in Mali also failed to materialize. All of this is reminiscent of the lost war in Afghanistan, notes German Foreign Policy.

The decision to stay until 2024 also has nothing to do with the mission’s original goal of stabilizing the country. On the one hand, it is about profiling Germany as a reliable partner, with the aim of once again being given a non-permanent seat on the UN Security Council. Baerbock is also concerned with preventing Russia from gaining further influence, or at least slowing it down. Otherwise, the withdrawal would leave a vacuum that could be filled by Russian forces, Baerbock said back in May of this year.

But despite the failed mission in Mali, the Federal Republic will continue to try to maintain and, if possible, expand its influence in the Sahel zone. The German armed forces have already established themselves in Niger and are expanding their activities there, the blog reports.