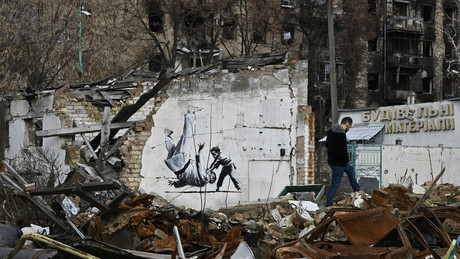 Russia’s permanent representative to the United Nations spoke at the UN Security Council on the recent events in the Ukraine conflict. Moscow awaits an assessment of the Ukrainian war crimes and points to the consequences of the arms deliveries to Kyiv.

At a special session of the UN Security Council on the night of November 24, initiated by Ukrainian President Vladimir Zelensky, Vasily Nebensia, Russia’s Permanent Representative to the United Nations, once again extensively expressed Moscow’s position on the Ukraine conflict. In the first place, Nebensia commented on the attacks by Russian forces on facilities of the Ukrainian military command and on communications and energy systems.

In a speech, Zelensky called for an investigation of Ukraine’s critical infrastructure by a United Nations expert mission. In addition, Kyiv needs modern air and missile defense systems, Zelensky announced.

Nebensia countered that Russia was attacking infrastructure facilities in Ukraine in response to “the pumping of Ukraine with Western weapons and the reckless call on Kyiv to achieve a military victory over Russia”. The Ambassador underlined:

“Damage to houses and civilian casualties are actually caused by Ukrainian air defenses. And not on the outskirts, but in the heart of the cities. Missile debris or misguided Ukrainian missiles hit targets Russia wasn’t targeting.”

In addition, Nebensia drew the attention of the Security Council to the fact that Ukrainian Nazis, who had advanced to the right bank of the Dnieper, had begun to use repression against the civilian population. The diplomat added:

“The representative of the Ukrainian government, Lugovaya, warned in advance that the Ukrainian armed forces would ‘shoot traitors like dogs’.”

Nebenzya also underlined that Moscow insists that the international community evaluate the shootings of Russian prisoners of war by Ukrainian soldiers in a legal manner:

The ambassador referred to video footage circulated on social networks on November 18. A video shows soldiers in uniform coming out of a house and lying on the ground. The men wear white and red armbands identifying Russian soldiers.

Uniformed men with yellow armbands can also be seen in the video. Ukrainian soldiers are identified by blue, yellow and green armbands. The prisoners lying on the ground are asked which of them is an officer. Then a military man steps out of the house the soldiers had come out of. Shots are heard and the video is interrupted. A second video, believed to have been taken by a drone, shows a dozen bodies.

later dived more cruel videos from the front. A spokeswoman for the human rights office in Geneva stressed that the material must be fully investigated and evaluated. Russian Foreign Ministry press secretary Maria Zakharova pointed out “that the UN hides behind general phrases”. The diplomat recalled that the organization was “more than detailed, concrete and committed” in assessing the situation in Bucha.

The treatment of prisoners of war is subject to international humanitarian law. This stipulates that prisoners of war are to be treated with humanity under all circumstances and are to be protected from violence and torture. Convictions and executions without due process of law are prohibited.

More on the subject – New videos from Kyiv: nationalists throw woman from suburban train, everyone is silent