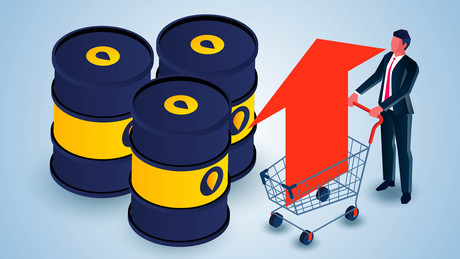 EU member states disagree on the level of the price cap for Russian oil. According to media reports, Poland is calling for the previously negotiated USD 60 to 70 per barrel to be halved. Russian authorities have repeatedly stated that Russia will not sell oil to countries applying the price cap.

In the EU, the dispute over the price cap for Russian oil continues. The EU Commission is dissatisfied with the outcome of the negotiations so far, which not all EU member states have agreed to so far. Warsaw, for example, proposed halving the price cap on Russian oil, reported Politico citing diplomats.

The EU, in coordination with the G7, is discussing setting a price ceiling of 65 to 70 dollars per barrel. Poland and the Baltic States found the proposal too favorable for Moscow. The approval of all EU member states is required for the acceptance of the energy price cap. According to Bloomberg, negotiations on the matter have reached an impasse.

The majority of countries have agreed to the proposal to set the price cap as low as $70 a barrel, with the exception of Poland, which wanted a much lower limit of $30 a barrel, the publication said.

The finance ministers of the G7 countries (Canada, France, Germany, Italy, Japan, the UK and the USA) decided in September to introduce price caps for oil supplies from Russia. The limit is to be introduced for petroleum on December 5th and for petroleum products on February 5th, 2023.

Russian President Vladimir Putin had already commented on the initiative in September, saying that Russia would not ship anything abroad if it ran counter to its interests. For his part, Deputy Prime Minister Alexander Novak pointed out that Moscow will not export oil to countries that set a price cap, either at $60 a barrel or at any other price. According to him, such restrictions mean interference in market instruments, and Russia will only work with those consumers who are ready to work on market terms. The current market price for Brent crude is around $85 a barrel.