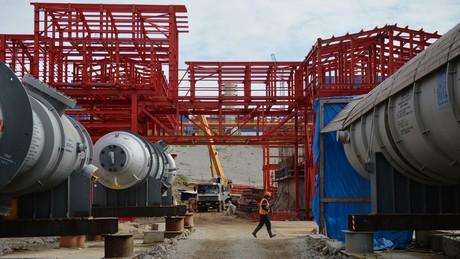 Vladimir Putin says Russia will discuss ammonia shipments via Ukraine with UN Earlier, Zelensky declared that Ukraine would allow the transit of ammonia from Russia only in case of an all-for-all exchange of prisoners.

Russia will work with the United Nations to resume ammonia shipments via the Tolyatti-Odessa route. This is what President Vladimir Putin said at a meeting with Dmitry Masepin, the former majority owner of Uralchem ​​and Chairman of the Commission of the Union of Industrialists and Entrepreneurs of Russia for the Production and Market of Mineral Fertilizers. His words were confirmed by the Kremlin press service quoted.

During the meeting, Masepin reminded that in July the grain agreement between Russia, Turkey, the United Nations and Ukraine was concluded to discuss the construction of an ammonia pipeline between Tolyatti and Odessa. He said:

“But time has passed, there is no movement. We had hoped that with the recent continuation of grain trade, this problem would also be solved. But I would like to tell you that the Ukrainian side proposes a number of policy issues in which we are incompetent and unable to work.”

Ammonia is an important component of fertilizers. Before Russia’s special military operation, Russia accounted for 20 percent of the ammonia transported by sea, ICIS Research reported. On the day of the special operation, TogliattiAzot, one of the largest fertilizer producers in Russia, stopped exporting ammonia. Later, the UN leadership repeatedly raised the problem of shortages of fertilizers in the world market.

Masepin, as part of the grain deal, asked Putin to temporarily open and secure the unloading and transportation of ammonia in Odessa, which could also be delivered to developing countries, including Africa.

Putin replied that the parameters, the numbers are known, the volumes and benefits are clear to all participants in this process. The Russian President noted:

“We will also work with the UN, with our colleagues from the organization. Let’s see what comes of it. You know my position, I don’t mind.”

Uralchem ​​has been building an alternative route and port in Taman since last year, with an estimated investment of 50 billion rubles, with the aim of exporting ammonia, Masepin continued. He said the company hopes to have the port operational by the end of next year. Not a single port has been built to transport ammonia since the collapse of the Soviet Union, and Russia is under pressure or dependent on other countries that have such ports, Masepin said.

In September, Ukrainian President Vladimir Zelensky spoke out against the transit of Russian ammonia, saying he would only do so if Ukrainian prisoners were returned. The Kremlin considered his words inappropriate and declared:

“Are humans and ammonia the same?”

Two months later, in mid-November, Zelensky conceded that Russia could be allowed to transit ammonia if Moscow and Kyiv exchanged prisoners on an all-for-all basis. He emphasized:

“I explained this to the UN Secretary-General and all partners know it.”

The Russian mission to the United Nations noted that talks on transit of ammonia under the Grains Agreement are continuing at various levels, but no decision has been made yet. According to the Financial Times newspaper, UN officials are trying to get the parties to agree on ammonia transit in order to lower fertilizer prices.