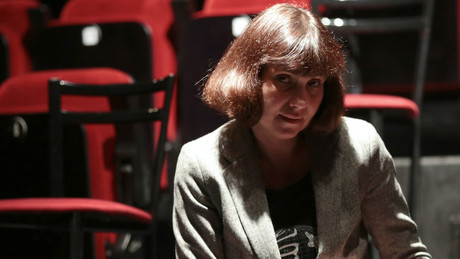 Marina Dawydova will have a post as acting director at the Salzburg Festival from 2024, the festival announced on Thursday. The director and theater critic left Russia in March of this year and has lived in Berlin ever since.

Marina Dawydowa will be responsible for the acting section of the Salzburg Festival from 2024. The repertoire of the festival should be more internationally oriented under her, said artistic director Markus Hinterhäuser on Thursday:

“I am convinced that Marina Dawydowa, with her outstanding professional and human qualities, will give the drama at the Salzburg Festival strong new impetus.”

The director and theater historian left Russia after the outbreak of war and has lived in Berlin ever since. She faced threats and surveillance after writing an anti-war petition. “In times of political and social catastrophe, artists can use their resources as public figures to help shape opinions,” she said in a statement from the Salzburg Festival. However, art itself should not be held hostage to current developments. “As director of drama at the Salzburg Festival, my main focus of interest will be on the search for the depth and persuasiveness of theater and theater work.”

Davydova was born in Baku in 1966. She was a critic for the newspaper Izvestia for many years and directed the international festival NET (New European Theater) in Moscow, which she co-founded, for 23 years. In Germany, she conceived and staged the play “Eternal Russia” at Hebbel am Ufer in Berlin in 2017, followed in 2019 by “Checkpoint Woodstock” at Hamburg’s Thalia Theater.

In Salzburg, she follows the Swiss Bettina Hering, who has been acting there since 2017. The program for the 2023 season will be presented on December 9th.