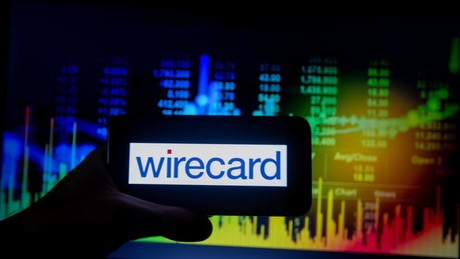 It was not surprising, but disappointing for investors, commented a spokesman for the fund company, which had sued the insolvency administrator, on Wednesday’s verdict. Shareholders had reclaimed a total of seven billion euros from Wirecard and were defeated in court.

Shares are supposed to Opinion be the solution to many problems and in the future even cushion pension gaps financed by debt. Currently, however, some shareholders are likely to have lost interest in investing in a supposedly free, self-regulating, fair market.

Thousands of shareholders had invested in the up-and-coming payment service provider Wirecard. After the IPO in 2018, this was temporarily worth over 20 billion euros. But with the biggest case of fraud in German post-war history, tens of thousands of shareholders are the losers – their money is probably gone. This was already expressed in 2020 because of the insolvency apprehension by observers was confirmed on Wednesday by the Munich district court.

The fund company Union Investment filed a lawsuit against Wirecard’s insolvency administrator Michael Jaffé in 2021 and asserted a claim for damages of 243 million euros. But the argument that the management of the DAX group made fraudulent statements and intentionally violated capital market information obligations is not relevant here. According to the verdict on Wednesday before the Munich I Regional Court, Union Investment lost because shareholders are not considered creditors.

According to bankruptcy law, banks or bondholders have priority. According to the current verdict, the shareholders could only insist on damages after these creditors. Banks, social security funds and other creditors had filed claims of over 3.3 billion euros.

22,000 shareholders had reclaimed a total of seven billion euros from Wirecard, but claims from shareholders are given priority under insolvency law. A decision on the general existence of a claim for damages was not made. Insolvency administrator Jaffé has so far only been able to redeem one billion euros through sales.

“The verdict is disappointing for investors and shareholders, as these investors were also cheated by Wirecard,” said a Union Investment spokesman, according to Spiegel. The decision is not yet final. Union Investment is examining which legal remedies will be filed. This precedent must be clarified by the highest court, i.e. by the Federal Court of Justice (BGH).

The criminal trial against former Wirecard CEO Markus Braun begins on December 8th in the Munich-Stadelheim prison. The public prosecutor had accused Braun and two other former Wirecard managers of suspected commercial gang fraud. Braun has been in custody since July 2020.

Other actors involved, on the other hand, will probably be spared. At least, for example, ex-minister (CSU) and Augustus intelligence boss Guttenberg, who in Berlin at the highest level for, among other things, company from Bavaria lobbyed, although the accusations against the group were already known that they did not have to share in the damage that was caused. Instead, Guttenberg, also known as the plagiarism doctor, devotes himself to publicly pointing fingers at others. Some apparently gain Kremlin expertise just as easily as a doctorate: The management consultant Karl-Theodor Buhl-Freiherr von und zu Guttenberg has joined the journalists and show hosts and wants to follow in the footsteps of the Russian President on private television in the future.

From auditors like Ernst & Young (EY), who have been with the Bavarian group for years proper degrees, Union Investment hopes to at least make some claims due to the breach of professional duties by the auditors. This will be decided at the beginning of the year.

More on the subject – Fabio De Masi from the Left: Illegal raids by the financial and banking mafia