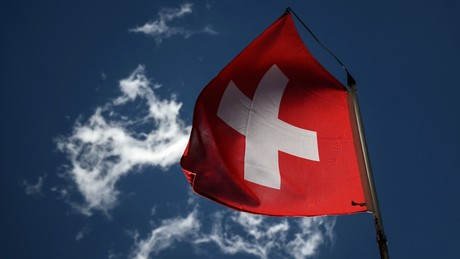 The eighth package of EU sanctions against Russia has been in force in Switzerland since Wednesday. According to the Economy Ministry, the sanctions include an oil price cap and an embargo on arms exports to Russia and Ukraine.

Switzerland passed the eighth package of EU sanctions against Russia on Wednesday. According to the Ministry of Economy, Education and Research, the sanctions also include a ban on arms exports to Russia, which partially extends to Ukraine. The decision was made for reasons of Switzerland’s neutrality.

As the Ministry emphasizes, the arms embargo has so far been implemented within the framework of the existing war material and goods control legislation. Now the embargo is explicitly included in the corresponding regulation in connection with the situation in Ukraine.

The country’s neutral status comes with certain restrictions on arms exports. According to the neutrality law, direct arms deliveries to conflicting parties are prohibited. This was the reason for Switzerland to ban Germany from supplying ammunition for the Marder infantry fighting vehicle to Ukraine, as it is manufactured in Zurich. Nevertheless, in June of this year, Switzerland allowed deliveries of armaments with Swiss components to Ukraine. In response to criticism of the actions of the authorities, the government in Bern published a report on neutrality at the end of October, in which it confirmed that arms deliveries from Switzerland to Russia and Ukraine were not permitted.

Among other measures of the eighth sanctions package, the Ministry of Economy names a legal basis for the introduction of price caps for crude oil and petroleum products from Russia and restrictions on economically important goods for Russia such as iron and steel products, aerospace goods. The measures also include bans on the provision of other IT, engineering, architecture and legal services to the Russian government and Russian companies.

At the beginning of October, the EU introduced the eighth package of sanctions against Russia. This was in response to the inclusion of the Cherson and Zaporozhye regions and the Donetsk and Lugansk People’s Republics in the Russian Federation.

More on the subject – Switzerland sticks to “No”: No cheetah ammunition for Ukraine