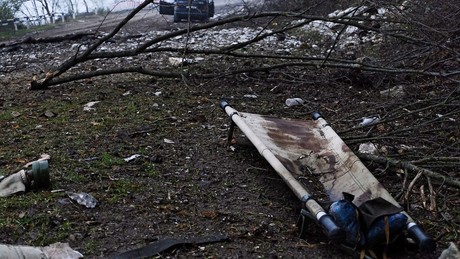 Volker Türk, the UN High Commissioner for Human Rights, considers videos showing the execution of Russian soldiers by Ukrainian forces to be “with a high probability of being authentic”. In a press release published on Friday called it:

“Our surveillance mission in Ukraine has conducted preliminary analysis which indicates that these disturbing videos have a high likelihood of being authentic in what they show.”

The commissioner calls on the parties to the conflict to “give their armed forces clear instructions that there should be no reprisals and no reprisals against those who take them as prisoners of war and to ensure that these instructions are fully observed”.

“Order your troops to treat humanely those who surrender and those who hold them”.

It is extremely important that all allegations are investigated independently, impartially, thoroughly, transparently, quickly and effectively.

He was also shocked by the human suffering in Ukraine, which can be traced back to numerous rocket and drone attacks on the country’s critical infrastructure. “Millions of people are plunged into extreme misery and appalling living conditions as a result of these attacks,” says Türk.